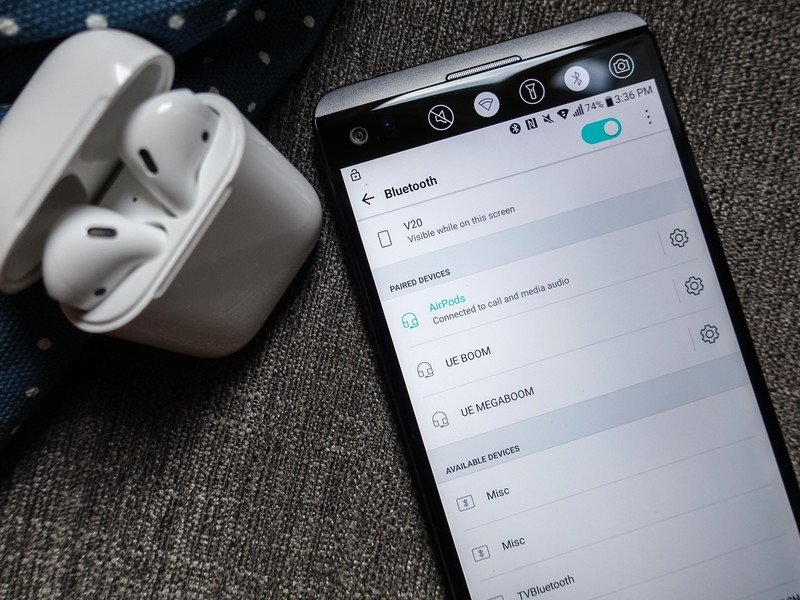 Android users have a plethora of wireless earbud options. Google’s Pixel Buds 2 and Samsung’s latest Galaxy Buds (currently known as Buds Live) are just a few examples of highly capable wireless earbuds with extensive Android integration. Apple’s AirPods, whether standard AirPods, AirPods Pro, or the new AirPods Max, are, however, alluring, even if you use an Android phone.

Therefore, whether you switched from iPhone to Android, received AirPods as a holiday gift from an uninformed family member, or simply want to use Apple’s wireless earbuds, there is some good news: It is entirely possible.

To be clear, you will lose some of the AirPods’ magical features. Quick pairing and active noise cancellation may work, but are unlikely, and Siri, of course, will be absent. Nonetheless, AirPods and Android are an unusual pairing that’s worth exploring. What you need to know is as follows.

Pair AirPods with your Android phone

When pairing AirPods with an Android phone, you will not receive the fancy iPhone method of opening the AirPods case and waiting for a pairing prompt to appear. Rather than that, you’ll need to employ the time-honored method of accessing your device’s Bluetooth settings.

1. Open the quick settings panel by swiping down from the top of your screen, then long-press on the Bluetooth icon.

2. Depending on your phone, you may be prompted to add a new device or pair an existing device.

3. Open the charging case’s lid with the AirPods or AirPods Pro inside.

5. Your AirPods will then appear in your Android phone’s pairing menu. Select them and follow any on-screen prompts.

When your Android phone is connected to the AirPods, you can use them just like any other Bluetooth headphones or earbuds. They’ll automatically connect when removed from the case and disconnect when replaced.

If your Android phone supports reverse wireless charging, you can use a wireless charging case attached to the back of your phone to charge AirPods. They can also be charged wirelessly via any other Qi-enabled pad or via Apple’s Lightning cable.

You will be missing out on a few features

Naturally, if you’re not using the AirPods in conjunction with an iPhone or another Apple device, you won’t have access to all features.

For instance, you can still control the playback of your AirPods Pro on an Android phone simply by squeezing the stem of either earbud. You can even activate and deactivate noise cancellation with a long squeeze on either stem. Controlling playback via a tap on either earbud is also possible with standard AirPods (not Pro).

There are even third-party applications that allow you to check your phone’s battery level simply by opening the case next to it. It is also free.

One feature you may miss is auto-pause and resume when you remove and replace an AirPod in your ear. Autopausing is an experimental feature in the third-party app AirBattery, but it is primarily intended to be used when streaming music from Spotify. Additionally, there is a large warning in the app regarding excessive battery drain when the feature is enabled.

In addition, you will not be able to activate Google Assistant with the AirPods, as iPhone users can with Siri – this is because Apple designed its earbuds to work with its own voice assistant, not a competitor’s. You’ll need to initiate those queries manually, by speaking to your phone.